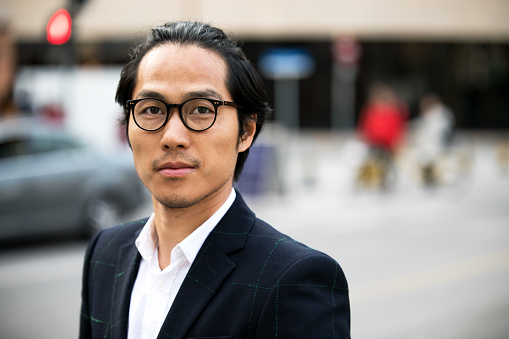 In June of 2018, Yuji, a 28 year-old aspiring actor, began experiencing pain on the right side of his back. He considered himself a young man and didn’t complain about the physical discomfort. The pain gradually increased, and in November Yuji went to the doctor for care.

A CT exam showed a mass on the right side of his lower back and uneven shadowing on the right kidney. After a pathological exam, he was diagnosed with a rare primitive neuroectodermal tumor (PNET). PNETs are a group of highly malignant tumors composed of small round cells that affect soft tissue and bone. Yuji specifically had a peripheral PNET, which has approximately 50% 5-year survival rate.

Between December 2018 to March 2019 Yuji completed four rounds of chemotherapy, but the tumor had not cleared.

Due to the rarity of his tumor, Yuji contacted MORE Health to get a second opinion. MORE Health consulted Dr. Mrinal M. Gounder, a sarcoma specialist at the Memorial Sloan Kettering Cancer Center (MSK), and colleague oncologist Dr. Bob Li. Despite the late stage of Yuji’s tumor, both physicians believed that he still had a promising hope towards survival. They also agreed that the current diagnosis was not clear enough to determine an actual prognosis.

Dr. Gounder and Dr. Li recognized that the term PNET is no longer used and instead refer to it as Undifferentiated Round Cell Sarcoma. The change in terminology is made to ensure that the specific diagnosis is identified. Dr. Gounder and Dr. Li insisted on ruling out the diagnosis of Desmoplastic Small Round Cell Tumor (DSRCT). If Yuji had DSRCT, surgical removal of the tumor would yield a better prognosis. Dr. Michael La Quaglia, a surgical oncologist at MSK who specializes in the removal of DSRCTs, was recommended. Awaiting conclusion of a DSCRT diagnosis, Dr. Gounder and Dr. Li made additional recommendations in modifying the chemotherapy regimen.

Yuji took the advice of Dr. Gounder and Dr. Li and went forward with their recommended treatment plan. After the necessary examinations and further treatment, Yuji has shown positive treatment results and hopes to pull ahead of the survival curve to continue achieving his goals to shine in the spotlight.