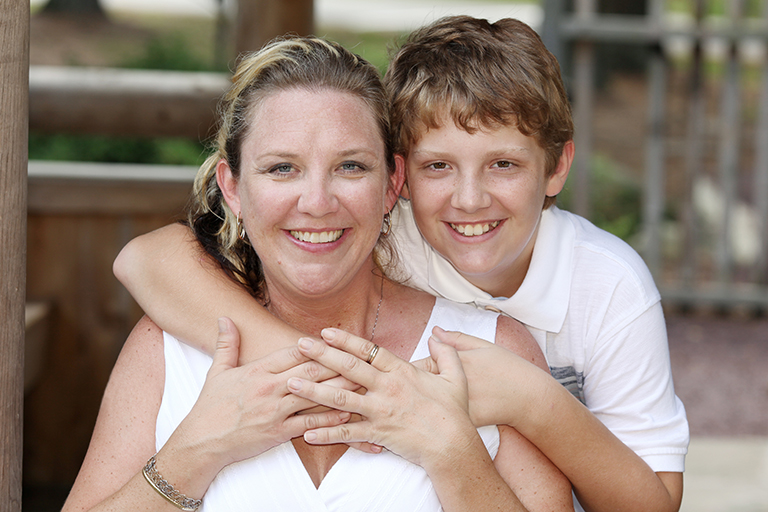 One morning in June 2018, Simon, a junior high teenager, had a severe headache and vomiting. His mother gave him some cold medicine and the symptoms disappeared. A few days later, the symptoms returned and were more intense. Simon’s mother immediately took him to the hospital. After an MRI and CT scan, the initial diagnosis was possibly a malignant brain tumor.

Doctors recommended a craniotomy to reveal the nature of the disease and to direct future treatment. A surgery of this magnitude was scary and nerve wrecking for 13 year old Simon.

The operation was successful and the tumor was removed. Sadly, the postoperative pathology report confirmed that Simon had an intracranial germ cell tumor, a malignant brain tumor that is more common in children and adolescents. Doctors recommended chemotherapy. Simon found the chemotherapy process to be very uncomfortable. His eyebrow hairs shed after the first round of chemotherapy. In the following three treatments, his white blood cell count was significantly reduced, affecting his mental state and appetite, making him weak.

After four cycles of chemotherapy, Simon needed radiotherapy to consolidate the treatment. To avoid side effects, his doctors recommended proton therapy, a preferred radiotherapy method for children’s tumors. Simon was then referred to MORE Health. The MORE Health team reviewed Simon’s medical records and matched him with the MD Anderson Proton Therapy Center.

Simon and his mom traveled to MD Anderson for treatment. A multidisciplinary team of doctors reviewed Simon’s case and put a treatment plan together. Before each treatment, a psychiatrist talked to Simon to address any tension or anxiety and monitor his mental well-being and feelings about treatment. Oncologists and radiologists saw Simon twice a week to assess his physical condition. Additional physician specialists evaluated Simon’s physiological functions including sight, smell and taste to ensure that they were not negatively affected.

The 20 proton treatments took a month to complete. The following month, Simon had another MRI and CT scan. These showed no signs of recurrence. Due to the care that he received, Simon was able to return to school after Spring break and begin a new life course.